Meet Doane's Next Head of School

The Board of Trustees announced on October 13, 2022 that Erin Pike Mayo will become the next Head of School on July 1, 2023, the start of Doane Academy’s 187th year.

Ms. Mayo will come to Doane Academy following her tenth year as the Head of  School at Fryeburg Academy in Maine. At Fryeburg, Ms. Mayo has led all aspects of the school, including the integration of several student-centered initiatives aimed at improving the quality of student life. Over the last decade, she has launched key curricular initiatives, focusing on interdisciplinary and experiential learning; enhanced the school mission, culture and climate; exercised effective financial  stewardship; and led two capital campaigns to build a new dining hall and student union, as well as an enhanced athletic stadium with synthetic turf and lights.

Ms. Mayo’s familiarity with the culture of independent schools began in childhood at St. Johnsbury Academy in St. Johnsbury, Vermont where she was the daughter of a long-tenured Headmaster. After graduating from Georgetown University, Ms. Mayo returned to St. Johnsbury to begin her teaching career. Along the journey from St. Johnsbury, then to the Episcopal School of Dallas, and finally to Fryeburg Academy, she has served as an English teacher, Department Chair, Assistant Head for Academic Affairs, Head of Upper School and Assistant Head of School for Academics, and Head of School.

A seasoned educator from a family of educators, Ms. Mayo is first and foremost a teacher herself, who, by her own admission, strives for excellence and loves being a Head of School.  Her work as a faculty member and in overseeing curricular changes has garnered high praise from community members. Edified by her superb skills of communication, she has been a visionary leader and a solid manager with “the ability to do the big picture of strategic planning and see the details necessary for implementation,” according to one of her colleagues. The Search Committee found examples of Ms. Mayo’s qualities of openness, collaboration, wisdom, and compassion in abundance, and believes that she is an excellent fit to lead Doane Academy, whose mission statement asserts that all students will be “known, loved, and strongly encouraged to discover their unique potential.”

“I am elated and deeply grateful to have been selected as Doane Academy’s next Head of School,” said Ms. Mayo. “I was first drawn to Doane by a sense that it lives out its beautifully stated mission and is a place of empowered learning and ethical development. My visit and interactions with the Doane community confirmed this sense and revealed an incredibly vibrant school world–one built by the love and dedication of many people, past and present. I’m so excited to join their company and serve.”

Throughout her career, Ms. Mayo has worked to develop and enrich the relationships that exist between the school and the wider community. She was a founding member of the Board of Directors of the Good Shepherd Catholic School in St. Johnsbury, Vermont and served as Director on the Board of the Independent Schools Association of Northern New England, including a term as President. Ms. Mayo’s civic commitments also include a tenure on the town of Fryeburg's Economic and Community Development Committee, ongoing Rotary-driven community service activities, and involvement with Maine's Immigrant Legal Advocacy Project.

Ms. Mayo earned a Bachelor of Arts degree in English, with a minor in Economics, at Georgetown University in Washington, D.C. and a Master’s degree in English at the Bread Loaf School of English at Middlebury College in Middlebury, Vermont. She and fellow English teacher Peter Gurnis have been married for 28 years and are the parents of a daughter and a son, Maeve and Gunnar. 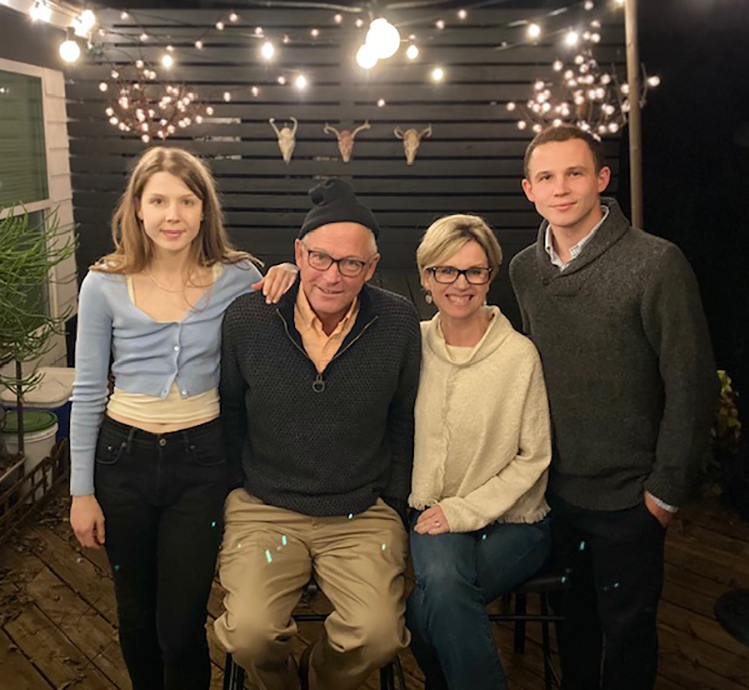 Erin Pike Mayo will be the first female Head of School of Doane Academy since 1974 and the ninth female head in the school’s history. Doane Academy, which was founded in 1837 by Rev. George Washington Doane as an academic boarding school for young women, was originally named St. Mary’s Hall. Today, Doane Academy is an independent, co-educational day school, founded in the Episcopal tradition, that serves about 240 students from age 3 through grade 12. It is the mission of Doane Academy to deliver an exceptional college preparatory program while cultivating character development and nurturing the emotional maturity essential to prepare students for life.