In 1836, the 37-year-old Right Reverend George Washington Doane, second Episcopal Bishop of New Jersey, purchased a large three-story building in Burlington, on the banks of the Delaware River.

Bishop Doane transformed it into an Episcopal boarding school for girls, which he called Saint Mary’s Hall. It would be the first such school to educate young girls on an equal footing with the best of boys’ schools.

The academic education of girls in the early 19th century was nearly non-existent, except for some private finishing schools which taught girls “proper” behavior in society and some domestic skills. Bishop Doane realized that women truly are “the corners of the temple” and that they could, with serious academic education, wisely influence the character of young people, as well as their husbands and others, and hence the future of the nation. It was a revolutionary concept, and one that was scoffed-at in some newspaper editorials of the time.

Bishop Doane raised capital for the new school by issuing shares of stock. A severe financial depression hit the United States just as St. Mary's school was opening and the money needed to run the school dried up. Saint Mary’s Hall carried on though, financed mainly through the personal funds of Eliza Green Perkins Doane, Bishop Doane’s wife. She dedicated the whole of a $9500 annual dowry, received from the estate of her late first husband, to the bishop’s vision, and saved the school.

The school officially opened as St. Mary's Hall on May 1, 1837, greeting 52 young women coming states up and down the East Coast. The tuition was $100 per term and this included lodging, food and instruction in, among other subjects, English, ancient languages, psalmody, logic, trigonometry, astronomy, chemistry, and history.

The reputation of St. Mary's Hall grew quickly, silencing critics, and many prominent citizens were soon sending their daughters to the school.  Even with the difficulty of travel in the mid-19th century, the names of girls from New Orleans, Chicago, Boston, and Richmond appear in the earliest of registers. Students lived together in plain dormitories, rose every morning at 5:30am, and prepared for a rigorous day of intense study.  Chapel services, morning and evening were also required.

Commissioned by Bishop Doane, John Notman, a noted Scottish architect, designed and built for St. Mary's Hall what is thought to be the first Gothic-style church building in the United States. Consecrated on March 25, 1847, 'The Chapel of the Holy Innocents' (modeled after the 12th century Stanton St. John Chapel, in Oxfordshire, England) stands to this day, and is listed on the National Register of Historic Places. 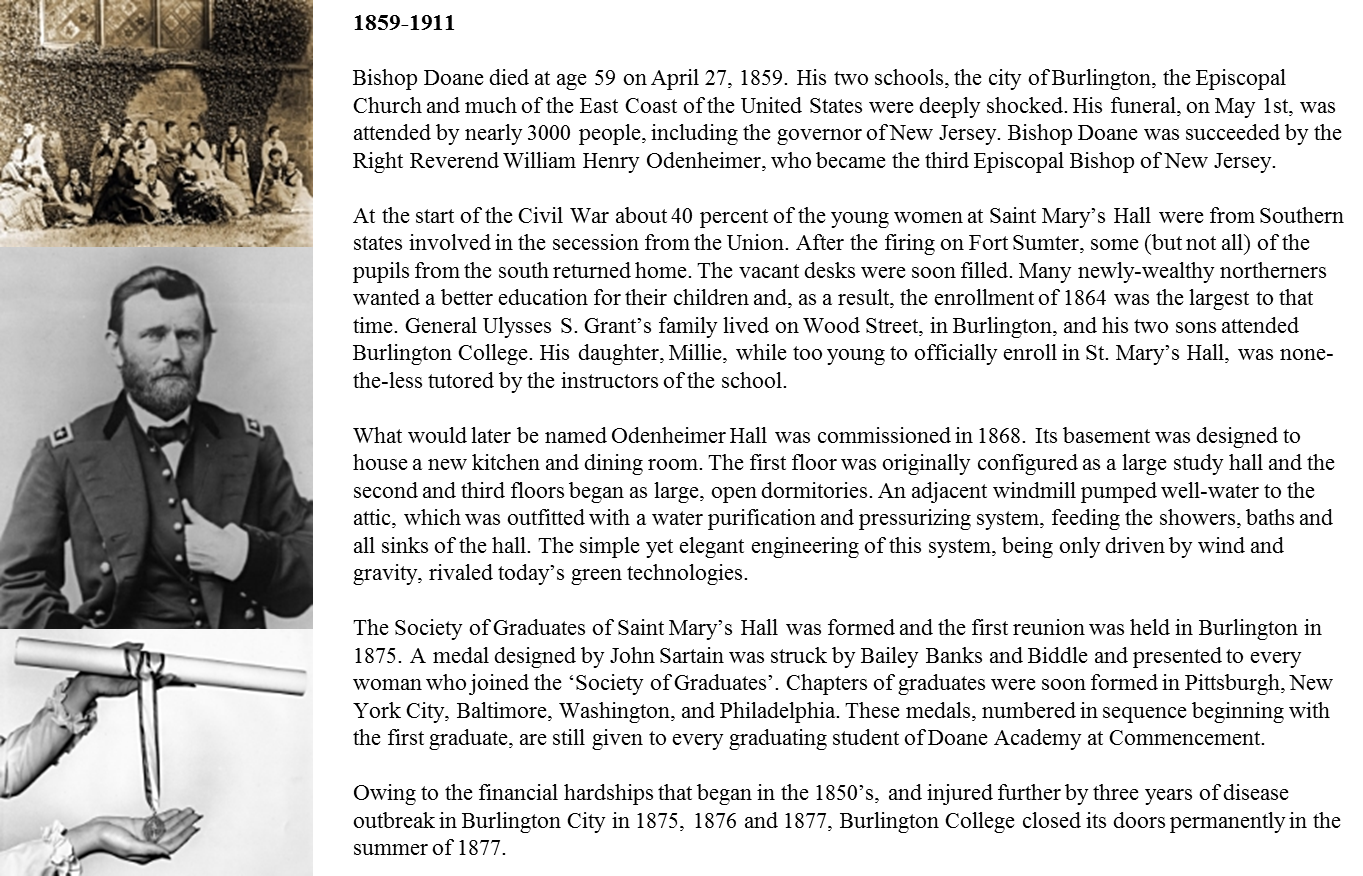 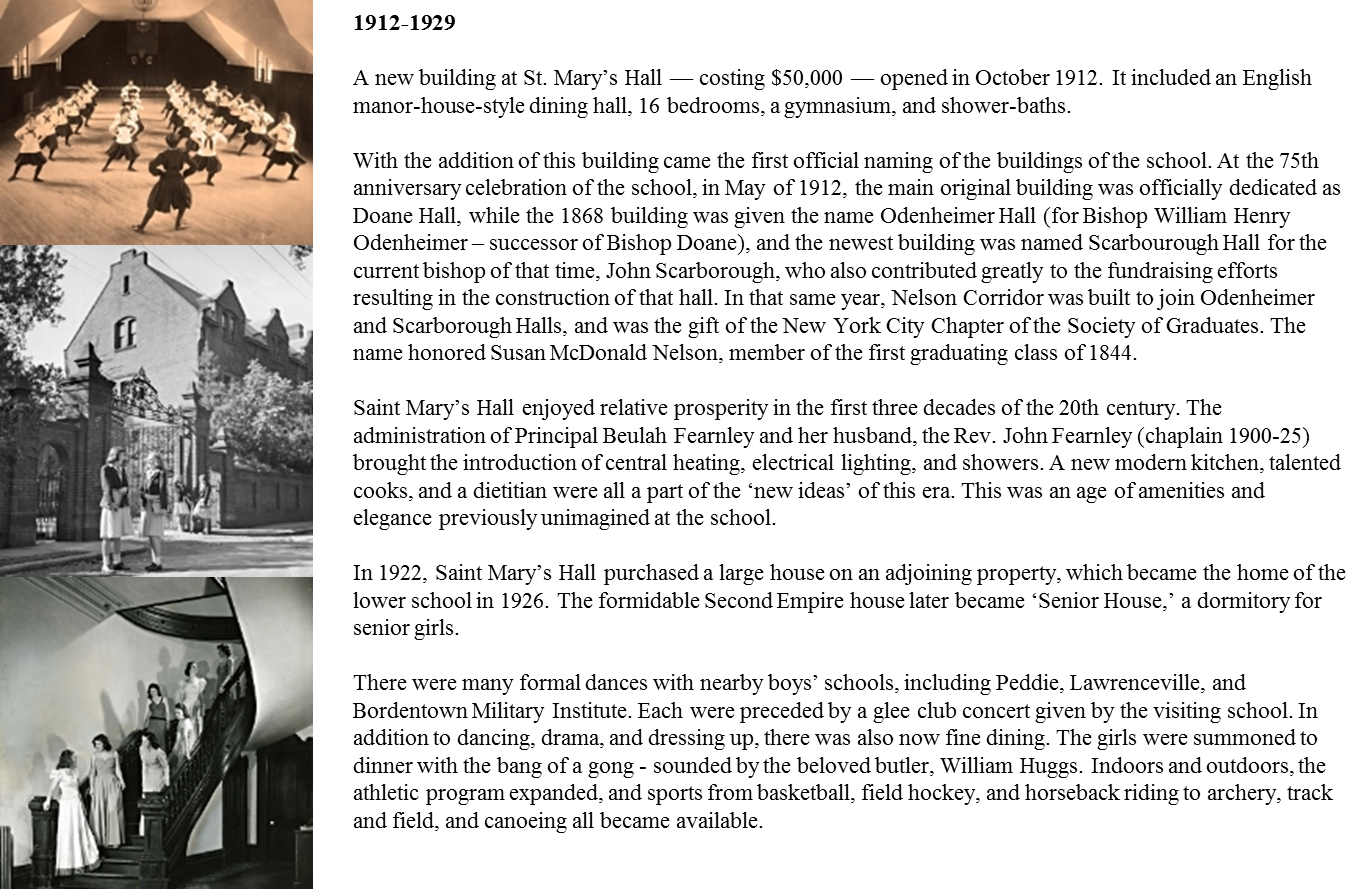 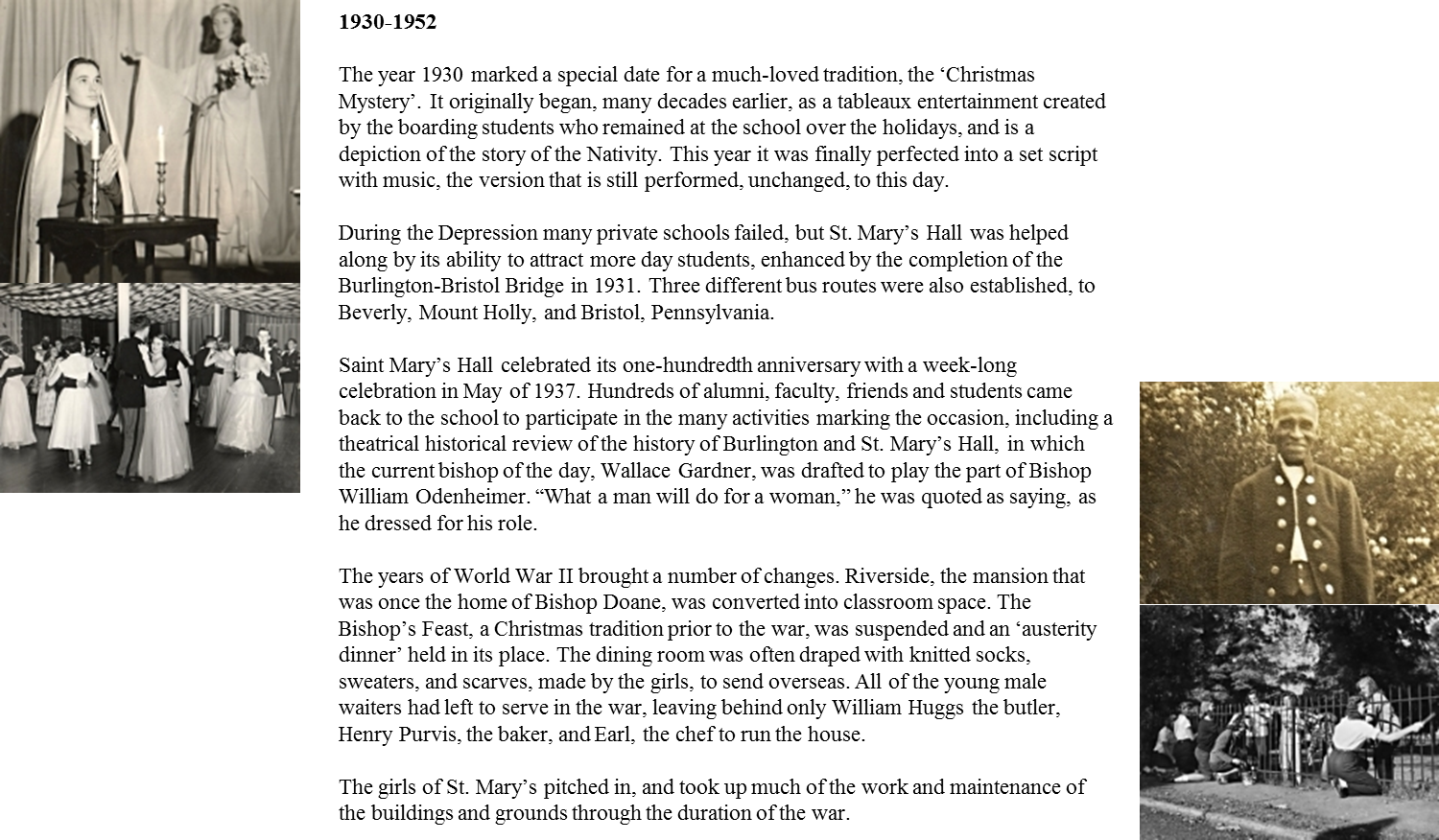 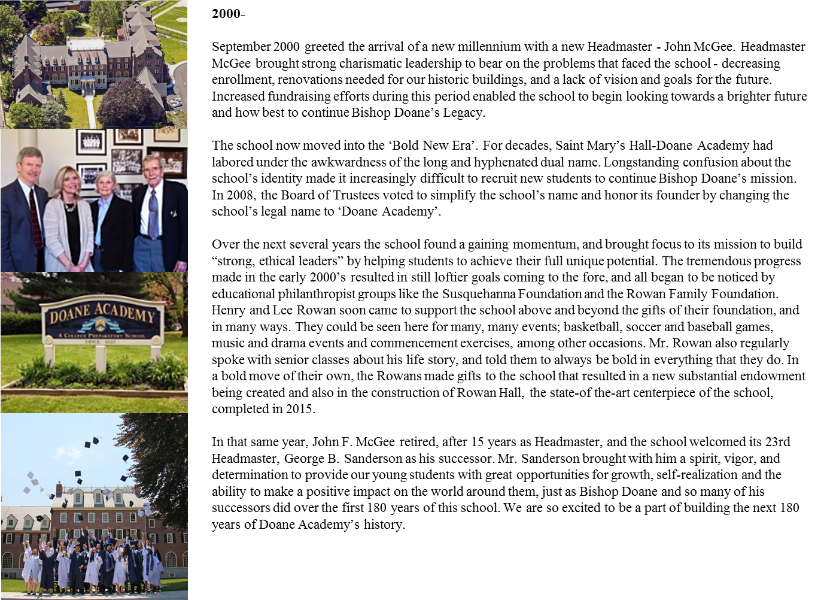 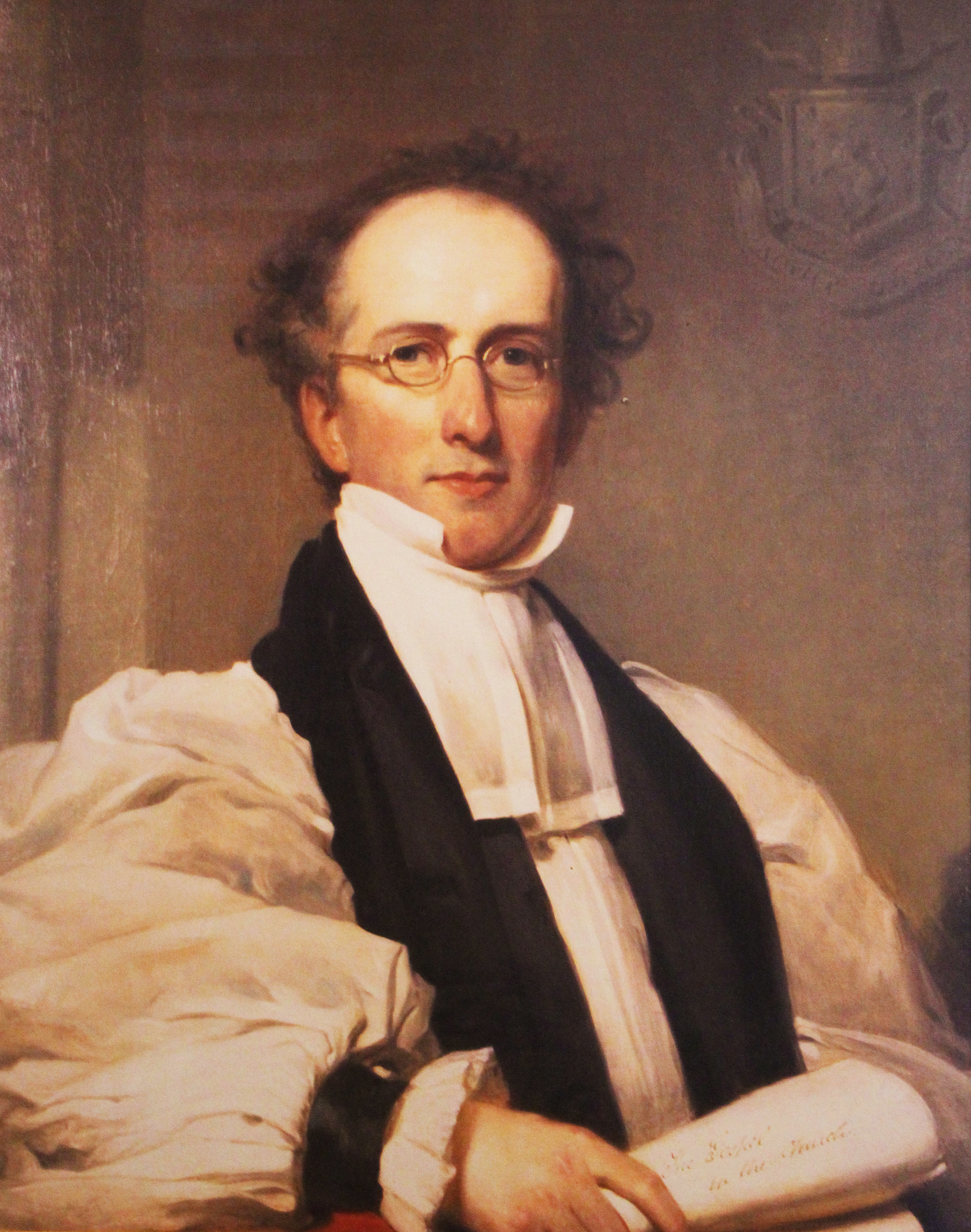 George Washington Doane was bishop of New Jersey from October 1832 to his passing at Burlington, New Jersey.

The diocese of New Jersey was an unpromising field, but he took up his work there with characteristic vigor, especially in the foundation of the all-girls boarding school of St. Mary's Hall in 1837 (now coeducational day school, Doane Academy) and Burlington College (1846) as demonstrations of his theory of education under church control.

The schools showed him an able and wise disciplinarian, and his patriotic orations and sermons proved him a speaker of great power. He belonged to the High Church party and was a brilliant conversationalist. He published 'Songs by the Way' (1824), a volume of poems; and his hymns beginning "Softly now the light of day" and "Thou art the Way" are well known.