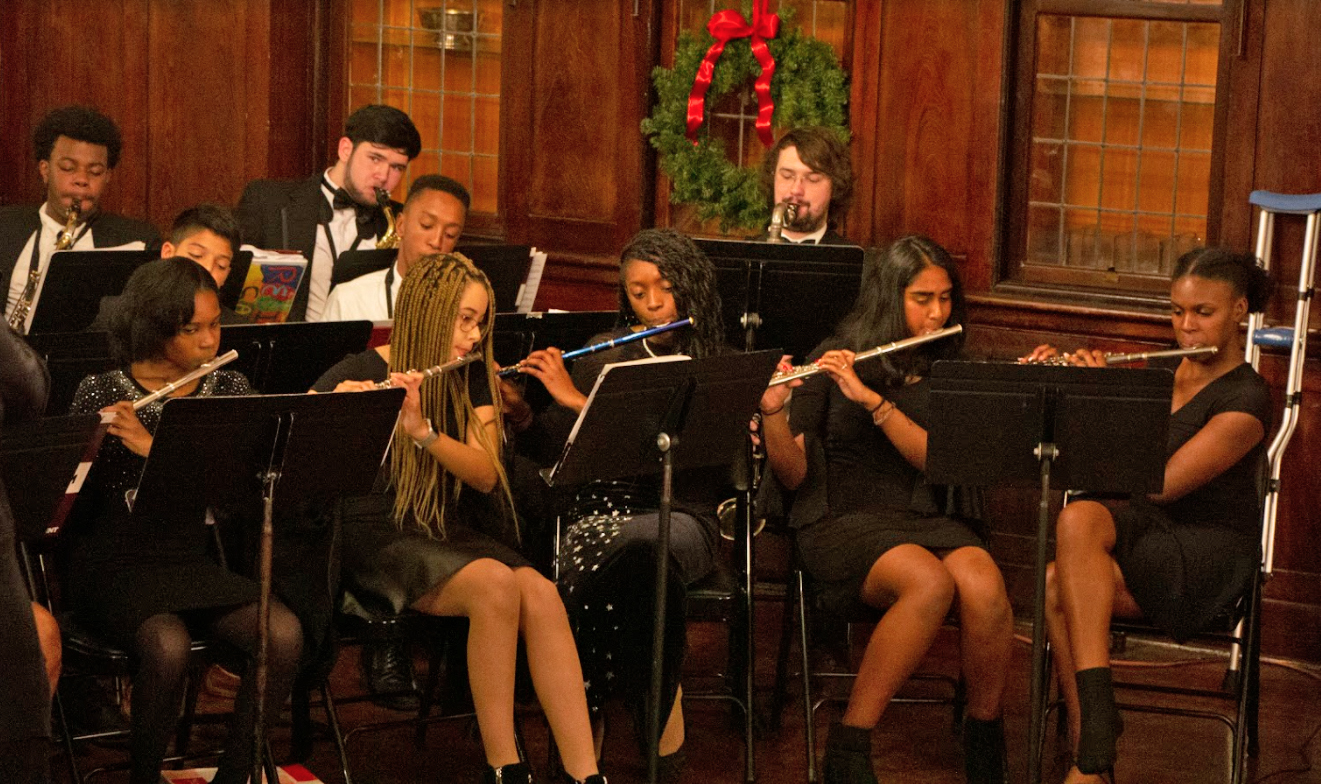 The Upper School Band includes all brass, wind, and percussion instruments. Band members must be grades 7–12, own or rent their instrument, and demonstrate the ability to play the music in Book I of the nationally recognized band method. In the Upper School course schedule, Band is offered as an elective course, allowing the students to practice together five times a week. During this course, students study music theory, as well as learn to read and a play a variety of music, including, but not limited to classical titles, popular jazz and rock.

The Lower School Band is optional for students in grades 4–6. Students receive individual or small group lessons once a week. The entire band comes together twice a week to practice. The band includes all brass, wind, and percussion instruments. Students learn to read and a play a variety of music, including but not limited to classical titles, popular jazz and rock. The Lower School Band performs twice a year, once at the holiday concert in December, and once at the spring concert in May.

Born and raised in Hyde Park, New York, Adrienne Mazar moved to New Jersey where she fostered her love for music while attending Lawrence High School.

Mrs. Mazar is a graduate of The College of New Jersey with a BA in Music Education with a concentration on trumpet. Mrs. Mazar and her husband Mark have one child, a son, Shane.

Mrs. Mazar came to Doane Academy in 2010 after a very successful career in public school. As a High School marching band director she led her ensemble to two Group I USSBA Conference Championships. Her instrumental ensembles have performed in Salzburg, Florence (Italy), Preservation Hall, Epcot, on several cruise ships, and many other locations throughout the US.

Mrs. Mazar is a two time recipient of the distinguished New Jersey Governor’s Award for excellence in teaching. Upon her retirement from public school Mrs. Mazar was recognized for her commitment to education and dedication to the community with a special Resolution from the town of Florence dedicating November 6, 2010 as “Adrienne Mazar” day.