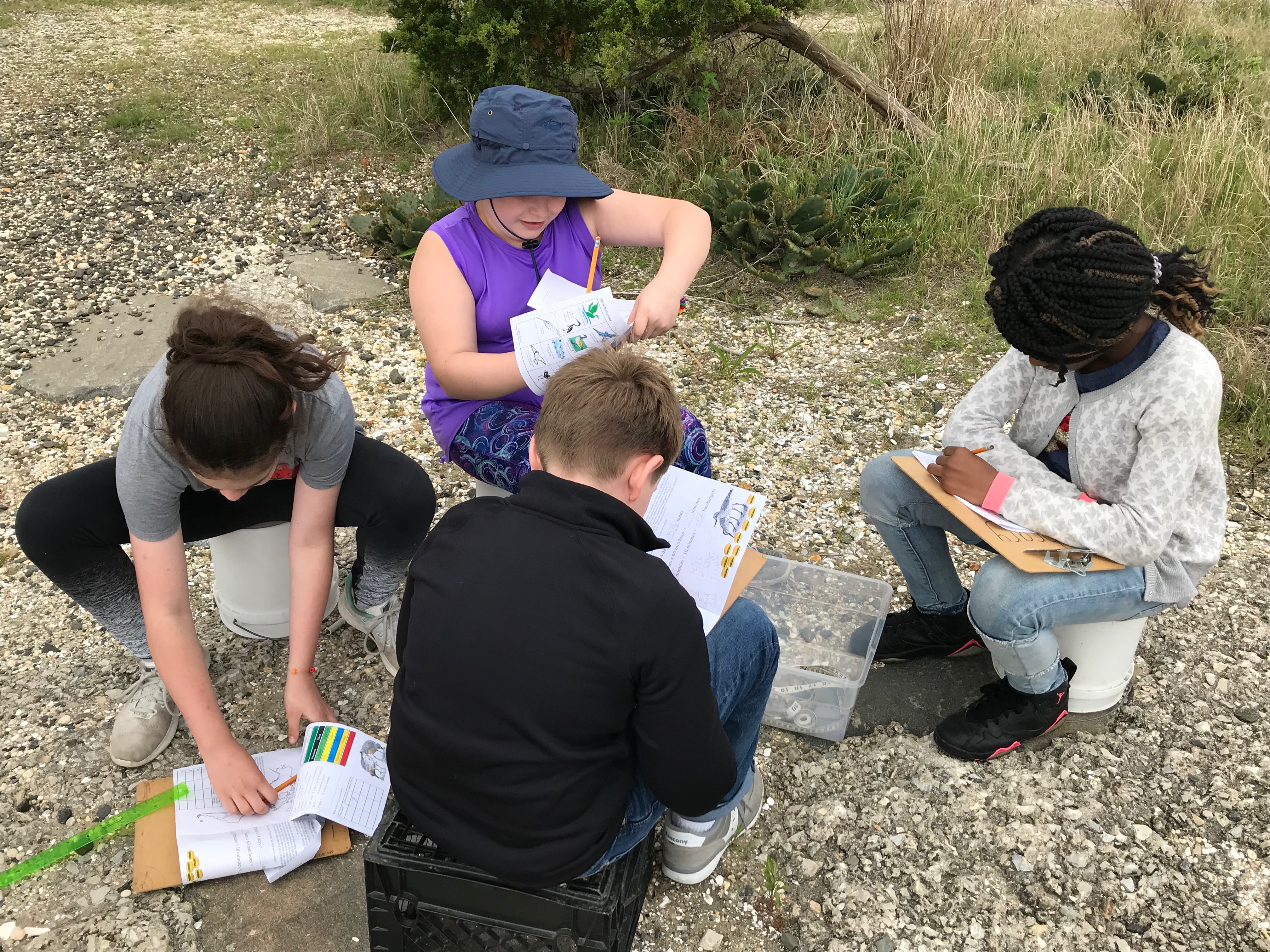 During the first week of May, our 5th-grade class took an overnight trip to the Delaware Bay, staying at the Wetlands Institute in Stone Harbor. It will be a trip not soon forgotten by all the students because they were continually busy with exciting activities.

Upon arrival in Stone, Harbor students participated in a seining activity at the Cape May harbor. During their seining, the students found mostly glass shrimp, crabs, and small fish. Diamond Backed Terrapins are an endangered native salt marsh turtle. Along the walkway, at the Wetlands Institute, they looked at the nest cages for newly hatched turtles. Sad to say, the cages were empty.

The main purpose of the visit was to study and tag Horseshoe Crabs and to learn about migratory shorebird research. At the hands-on workshop, the students learned that the Delaware Bay is the most important breeding area along the Atlantic coast and is a key area in a very important food web for migrating shorebirds. They learned that Horseshoe Crabs have ten eyes, five pairs of legs, a heart half the length of its body, and blood that may one day save your life. They have been around since long before the dinosaurs roamed the Earth.

After seining, lunch and the horseshoe crab lab, all took to the salt marshes in kayaks. More easily said than done! Students struggled against the wind for part of the trip; however, the return trip was a "breeze." They made it all the way to the marshes where there were lots of different migrating birds to see.

The group's night-time Horseshoe Crab tagging did not start until high tide which was after 8:30pm. They drove to a protected beach, on which they were allowed to walk because access had been arranged with N.J. Fish and Wildlife. At first, they saw no sign of horseshoe crabs. However, as soon as the sun went down and they switched on their headlamps and were overwhelmed with the numbers of horseshoe crabs! They then broke into small groups where students took turns drilling a hole in the horseshoe crab's shell, attaching a tag which allows scientists to monitor the range of the individual crabs and recording the data.

Returning to the Wetlands Institute around 11pm, everyone thought they would settle in for a good night's sleep. "Not so quick," said Mr. McCormick! After everyone was changed into their PJ's, Ms. Sue the Wetlands Institute's naturalist, let them climb the observation tower and opened the research laboratory and the aquarium for all to explore.

The next morning after they ate breakfast and packed up, it was time for some bird watching activities! The Delaware Bay is the perfect place to look at all the shorebirds that are migrating and landing to feast on horseshoe crab eggs. Activities were designed to help the students identify some birds and their habits. One remarkable little bird, a Red Knot, was tagged over twenty years ago with the number B 95. It has been spotted nearly every year since during its migration. Traveling 20,000 miles to and from its breeding ground each year, this particular Red Knot has flown a distance that is equivalent to flying to the moon and halfway back. How exciting!

The trip was rounded off by a visit to the Cape May Zoo. This wonderful little zoo gave the 5th graders the opportunity to observe zoo animals in a more natural setting, where different species were given space to roam over the green fields.