Method and Mindset: Experimenting with Harkness
Chelsea Colatriano
Oct 26 2018 9:32 AM

In June 2017, I attended the Exeter Humanities Institute, a week-long immersion program in the Harkness discussion method. At Phillips Exeter Academy, Harkness is a cultural keystone—not a pedagogy but a "way of life." I joined educators from around the world to experience the Harkness lifestyle; as students, facilitators, and observers by turns, we engaged in rigorous open discussions, exploring a series of texts via a guiding theme. The Harkness philosophy holds that democratic discussion fosters greater student engagement, self-advocacy, and ultimately, ownership of learning. The teacher's role is that of curator and facilitator, encouraging and gently guiding students' explorations but never dictating their course. 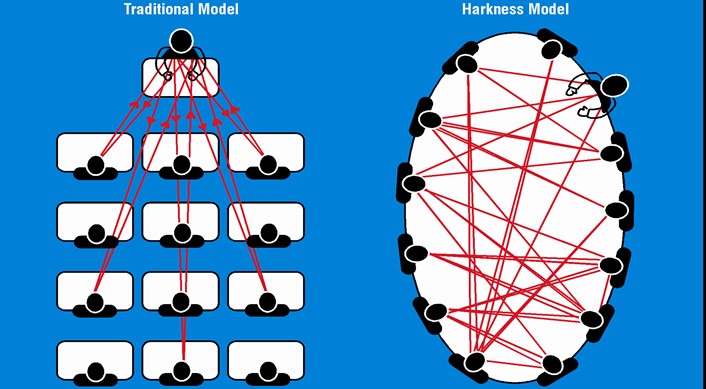 As a high school student, I was quiet and deferential, and my largely teacher-centered classes suited me beautifully without challenging me overmuch. At EHI, I realized that I was doing the same disservice to my quiet, deferential students that my well-meaning teachers had done to me. I recognized the need to challenge myself and my students in new ways so as to transfer ownership of our explorations to them. I found affirmation and further direction in Glenn Whitman and Ian Kelleher's Neuroteach, an introduction to mind, brain, and education (MBE) research and its practical classroom applications. Whitman and Kelleher warn against a "sage on the stage" pedagogy, encouraging teachers instead to "guide on the side" (26). Their research-informed strategies emphasize the value of low-stakes, formative assessments; curricular parameters that allow for choice and flexibility; and frequent meta-cognitive reflection. Each of these practices cultivates a "growth mindset" in which students become resilient learners who are not inhibited by fear of failure but, rather, are committed to personal progress through exploration. Perhaps most importantly, Whitman and Kelleher's research generated the assertion that "learning happens best in collaboration" (48). It struck me that test-driving the Harkness method would allow me to implement several MBE research-informed strategies at once and observe their impact in my classroom.

This school year, I have incorporated regular Harkness seminars into my 8th, 9th, and 11th grade curricula. My students and I have tested several format variations, and while we continue to experiment, we have identified three core elements of a productive Harkness discussion. First, the seminar must engage a discrete text or set of texts. Every participant must familiarize with the text(s) and prepare at least one specific question or observation ahead of the seminar. Second, it is critical to track the discussion. Our most successful tracking strategy involves a simple diagram, which I create on the whiteboard as the students discuss (see figures 2 and 3). I trace the course of the conversation from student to student, and I also record the frequency of specific text references (T), questions (?), and personal connections (P). I tally both moments of silence and moments in which two or more students attempt to speak at the same time. My role as diagrammer serves multiple purposes. It signals to the students that they are driving the discussion; I intervene as infrequently as possible, and usually only to prompt for evidence or to encourage broader participation. Further, the diagram helps students to see the discussion itself as a text that they generate collaboratively—and upon which they can improve each time. The diagram enables the third core element of a Harkness seminar: the meta-discussion. With reference to the map on the board, students spend the final 10 minutes of the class period reflecting on the discussion itself. A recent meta-discussion produced a student comment that made my English teacher's heart sing: "I think this was our best one yet. Every single person made at least one text reference!"

I sense a positive shift in the culture of my classroom this year, marked by greater creative energy, broader engagement, and more collegial group dynamics. As individuals, my students are better equipped to craft higher-order questions, listen actively, and reflect meta-cognitively. They have also taken part in crafting and honing this new element of my teaching practice; they have acted not as my research subjects but as my fellow researchers. To my joy, I have found that when I get away from the front of the room, my students have more opportunities to teach me and one another. 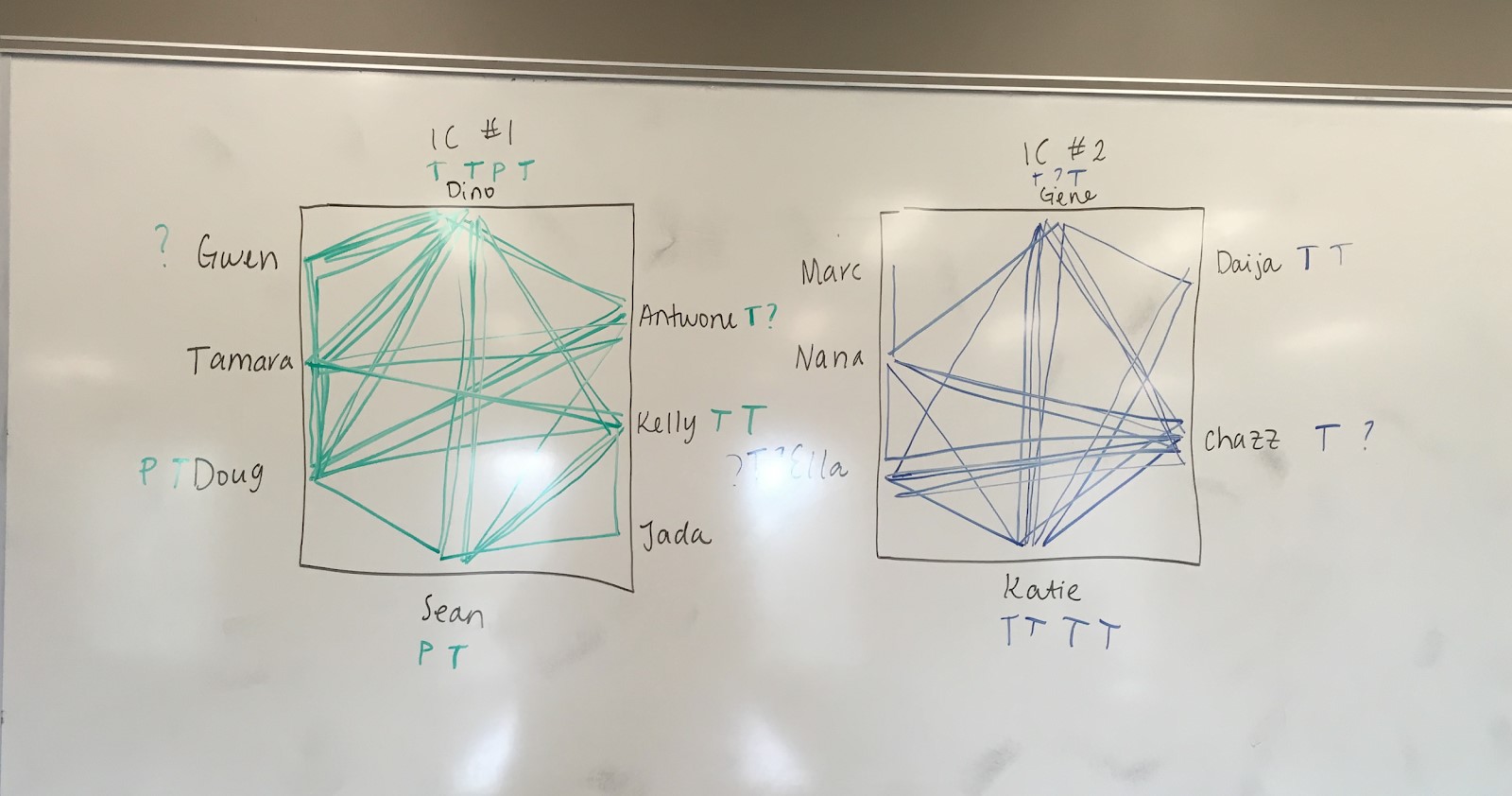