The sheep brain is remarkably similar to the human brain. One major difference, however, is in proportion. For example, the sheep brain has a proportionately smaller cerebrum. Another difference is in orientation of the spinal cord. The sheep spinal cord is orientated anterior to posterior, as in any four-legged animal. The human spinal cord is orientated superior to inferior. This orientation difference has a major affect on the location of the brain stem. The sheep brain stem is located more towards the rear (posteriorly). The sheep skull, in order to compensate for this, has the foramen magnum located more towards the rear of the skull. In humans, since we walk upright (bipedalism), the spinal cord is in a more vertical plane, thus the foramen magnum is located centrally on the bottom of the skull (inferiorly). By observing the movement of this major skull feature from the rear (as in very early human ancestors) to the current location (modern humans), scientists have been able to determine when the human species began to walk upright on two legs. 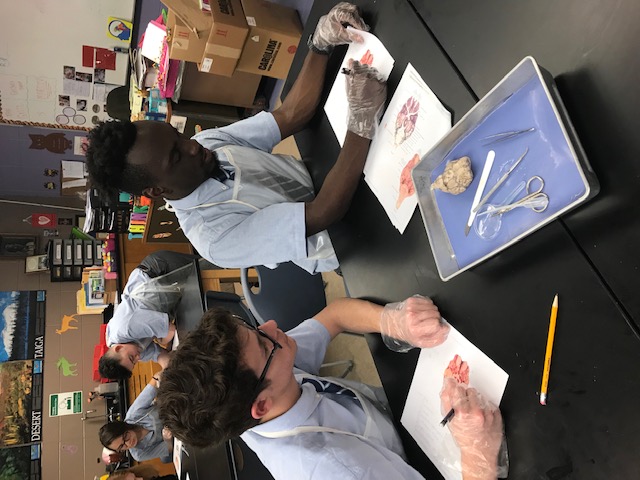